Transvideo interview with US based Jens Piotrowski, Camera Operator since early 2000, Steadicam operator since 2006 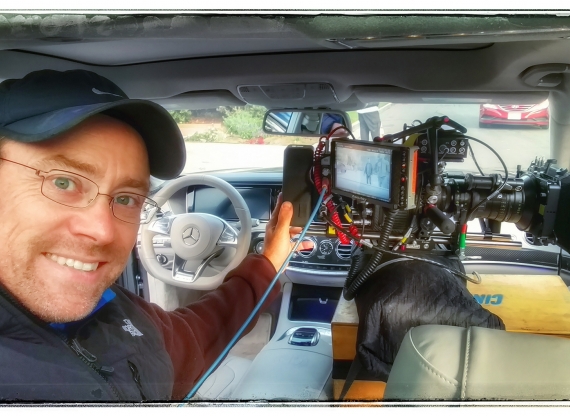 Jens, how would you describe your current production skills?
I'm a freelance A Camera and Steadicam Operator who occasionally also works as a DP.

Were you born in the USA?
I'm originally from Germany and moved to the Los Angeles area in 2003.

Where are you based now?
I’m still living in the Los Angeles area, working also in Atlanta and New Orleans.

How and where did your career start?
My career began in 1992 with a year long internship as Camera Assistant, working for a local Production company and Post house (Profi MAZ) in Bochum, my German hometown.

I stayed with that same company for an additional year before moving to Düsseldorf, Germany, to work there for a company called Voss TV-ateliers as a Studio/Stage technician working mostly on commercials and visual effects productions.

In 1998 I started to work as a freelance Assistant Cameraman in Cologne, Germany, then in 1999 I had the opportunity to operate B camera on several TV shows. In 2003 I moved on to full time operating. I relocated to Los Angeles in 2003 from Germany and have been working on TV shows and features ever since.

I started my Steadicam career in Los Angeles by first taking several workshops, then honing my skills by working on numerous productions.
I've recently finished an 8 year (180 episodes) run on the TV Show Black-ish, a comedy for ABC television filmed at Disney Studios in Burbank, California.
I’m currently working on the sister show Grown-ish, Season 5. 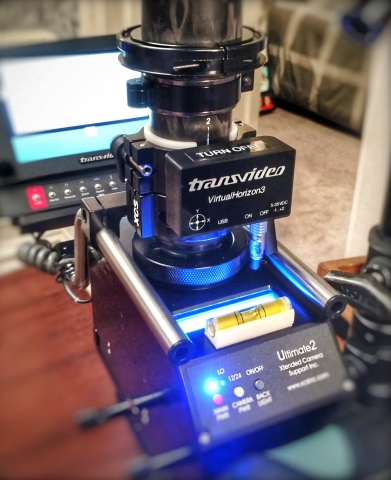 As a Steadicam operator, there is quite a physical aspect to it. Have you had to keep yourself in top condition for that or does just doing the job keep you as fit as needed?
Yes, almost daily exercise is needed to withstand the sometimes long and difficult work.

You’ve done feature films, television shows and series, documentaries and more. Does one genre appeal to you more than the others and why?
Actually I think the enjoyment of any particular job comes down more to working relationships and personalities.

When did you first come across and start using Transvideo monitors?
I first encountered Transvideo products in the mid 1990s mostly as onboard monitors for film cameras. They were the standard issue among rental houses. I’ve always been impressed by their professional build and engineering, similar to Arri products.Fast forward to the present time, I now own several Transvideo monitors, including 2 CinemonitorX-SBL models 6” and 8” for Steadicam use, including a Bluetooth external level sensor Virtual Horizon III, a Stargate FHD 7” for regular operating and a Starlight 5” OLED for applications where weight and size are deciding factors.

I’ve owned and/or tested several monitors from other companies over the years, including Lumavec (UK), Cinetronic (US), Small HD (US) among others.

While all those monitors performed certain tasks well, they either lacked performance, features and/or build quality. After some disappointing and costly trials I went back to my first ‘love’ Transvideo. 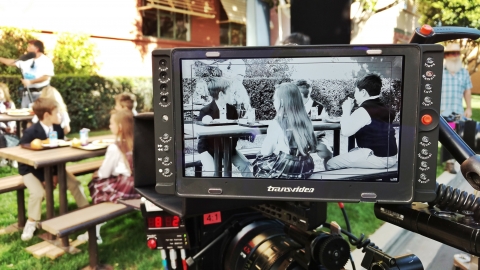 In view of that, what features do you value most, and also help you in your work?
Engineering and build quality are fundamentally important. Proper engineering and manufacturing will make for a reliable and frustration free ownership. We, the end users, put the monitors into extreme heat, easily above 110 to 120 degrees Fahrenheit, dust, water, vibrations and so on. I have yet to encounter any issues related to this on any of my Transvideo kit.

Features: Professional features, including image flip, custom framelines, gyro compensated on-screen level (no other monitor has that feature), Lens data, Tally, Bonded & AR coated LCDs, no fans, sealed housings, etc. That brings me back to my Arri comparison - yes, you pay a little more, but you do get what you pay for, a professional tool that behaves like one.

Response / Customer service: Jacques and his team of software and hardware engineers have been very responsive to my, and other owners, suggestions and feedback. They understand that valuable feedback will make their products even better and more attractive to the current and future customers. 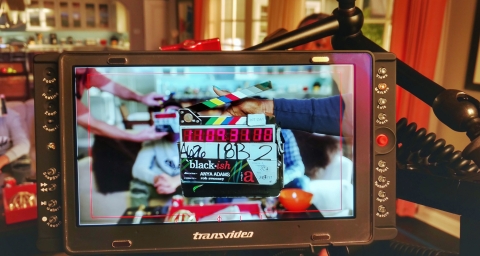 Jens Piotrowski - On the set of black-ish

For me, as an owner, Transvideo delivers on Engineering, build quality, features and customer service.

The Transvideo monitors are a solid choice, performing constantly at their best, bright, viewable, great image quality and tool set including peaking, virtual horizon and frame lines. One piece of my equipment i never have to worry about. Looking forward to seeing what's next in store at Transvideo.

You have a long list of work that you’ve accomplished. If you look back over it which jobs stand out in your memory, and why?
Some of my early Wildlife documentaries and Feature work, which I enjoyed particularly because of the travelling involved.

What advice would you give to students wishing to become involved in production in the roles you have?
Take an internship, learn from the best, observe and ask questions. It will take years to fully understand the business. Be nice to people, it'll get you further.

Is there anyone you would like to thank for helping you along the way in your career?
Everyone that gave me a chance, really, it's all about opportunities. And especially my wife Petra who always believed in me and encouraged me to follow my dreams.

Is there anything you haven’t yet done in your production roles that you would like to do?
DP a feature film. 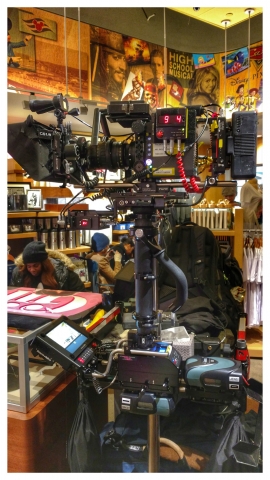 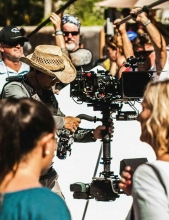 At Disney World in Orlando FL 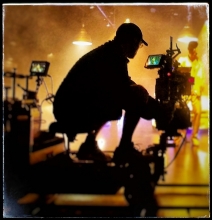 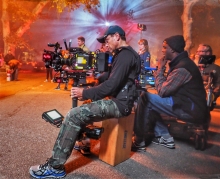 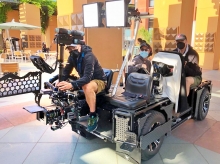 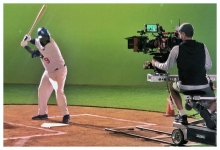 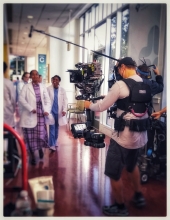