Jo Vermaercke operates with his Steadicam™ equiped a TRANSVIDEO CineMonitorII and a Titan wireless transmission system.

Here is a few words from Jo about his first try with the Titan:

"I used the Titan on a commercial shoot in Prague. The high-end film "Godzilla" is for the new campaign of the Belgian Railways NMBS produced by CZAR Belgium. There is also a large amount of CGI-work involved at ACE Post-production House in Brussels.

It was almost entirely shot on Steadicam, so I had the chance to test the Titan in different situations.

The Titan Receiver was used both in combination with the CineMonitorII (see picture) as a wireless monitor for director Koen Mortier and as the VTR-playback screen.

It proved to deliver a very stable video output and high picture quality. The Titan receiver was velcro-ed to the CineMonitorII and handheld by the director, which he highly appreciated, as he could move around on the large set without loosing the signal. The ideal configuration for me would be one transmitter and two receivers, one for the video-playback and one for the CineMonitorII.

The other picture was taken on a big-budget Nissan Altima shoot in Holland. On this picture the Steadicam was used as a dog's P.O.V.

In the past, I used an other well-known little transmitter, and I must say, It is much less stable than the Titan." 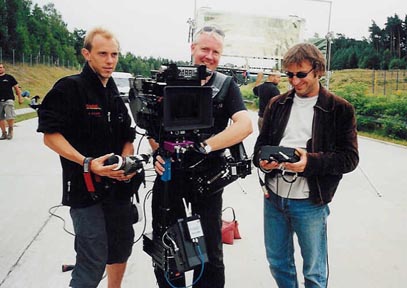 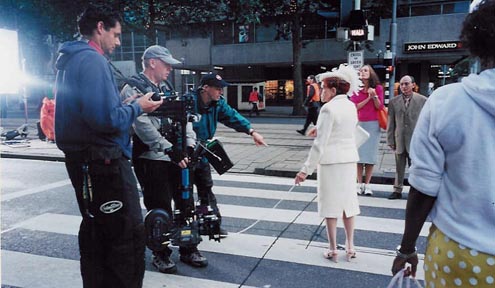