Transvideo is proud to equip the Alvin submersible of WHOI with 6" flat monitors to display the underwater images taken by the newly installed video cameras.In 2001, the WHOI Deep Submergence Group began a triennial Alvin overhaul.

WHOI operates the US Navy-owned Deep Submergence Vehicle (DSV) Alvin as a national oceanographic facility. A typical eight-hour dive takes two scientists and a pilot as deep as 4,500 meters (14,764 feet). When working at maximum depth, it takes about two hours for the submersible to reach the seafloor and another two to return to the surface. The four hours of working time on the bottom are crammed with carefully planned photography, sampling, and experiments conducted by the scientists using three 12-inch diameter viewports.

Typically, four video cameras are mounted on Alvin’s exterior with zoom and focus controls. Because there is no light in the deep sea, the submersible carries quartz iodide and metal halide lights to illuminate the bottom. Two hydraulic, robotic arms may be used to manipulate sampling and experimental gear. 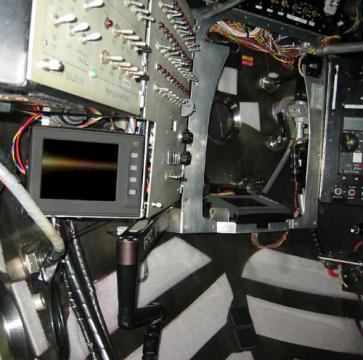